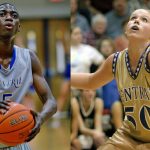 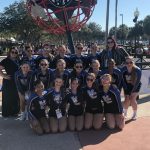 Wilson Central’s competitive cheer team competed in the hardest, world known competition of the season!  At UCA High School Nationals in Orlando, Florida, the team made it into semi-finals in both divisions.  They competed their Game Day Routine in which they hit an amazing routine with zero deductions placing 13th out of 41 teams.  Also competing