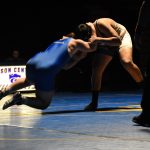 By: Jake Hood Gladeville- Wilson Central only allowed two match losses against in-county competition, defeating Mount Juliet, Lebanon, and Green Hill a combined 236-6. The Wildcats’ first match of the night was against Mount Juliet. The only Bear to score against the second-ranked Wildcats was former Wilson Central wrestler Anthony Pyron, winning a minor decision

Article By Trevor McGee The Wilson Central Lady Wildcats took on the Lady Devilettes of Lebanon High School in their first game in Wildcat Gymnasium this season where Lebanon would pull out the victory, 73-16. This loss drops the Wildcats to 1-4 on the season and 1-1 in district play. The Wildcats were never 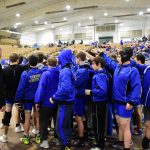 By: Jake Hood Gladeville– One week into the 2020-21 wrestling season, the Wildcats have dominated their way to a 6-0 start. So far, no team has scored more than 12 points on the 2020 TSSAA State Dual Runner-Up. The lone team to score double digits on Wilson Central was Nolensville, a class AA juggernaut that

By: Joe Lazenby On Dec. 3, the Lady Wildcats played in the Semi-Finals of the District Tournament against Portland at Pro Bowl West. The Wildcats Dominated taking the victory 21 to 6 and advanced to the Championship round vs. Lebanon. The Lady wildcats had two teams with Shayleen Ignacio leading Team “A” with 460 points,

Article by: AJ Hughes Pictures by: Haley Baker and Emily Wilson The Wilson Central Wildcats continue to make history in the young 2020-2021 season.  Defeating the Golden Bears on Tuesday,(Dec 1),  the Wildcats captured win #2 in District 9AAA play beating the Lebanon Blue Devils on Friday (Dec 4).   After their win against Mt.

By: Joe Lazenby On Dec. 1 the Wilson Central Wildcats Faced Beech at Hendersonville for the quarterfinals of the 2020 District Tournament. In the end the Wildcats lost and concluded their season by the score of 23.5 to 3.5. Wilson Central had two teams playing with Team “A” being led by Joplin Miller with 455

Article by: AJ Hughes Last night, the Wilson Central Wildcats traveled to Mt. Juliet to play the Golden Bears. The Wildcats had not defeated Mt. Juliet in boys basketball since 2014, but last night that changed. The game came down to the wire, but a huge three from Zack Markus made the score 41-40 with

Article By Trevor McGee The Wilson Central Lady Wildcats traveled down the Gateway Tuesday Night to take on the Lady Golden Bears of Mt. Juliet. A tough one coming into the game, the Lady Wildcats knew what it had to take to snag their first win of the 2020 season. The dominance asserted early would

By: Joe Lazenby On Nov. 30 the Wilson Central Wildcats faced Merroll Hyde at Smyrna Bowling center to start off the 2020 District Tournament. They played a long game as Wilson Central ended up winning 23 to 4. The  they move on into the next match. The Wildcats had all players participating, but they were