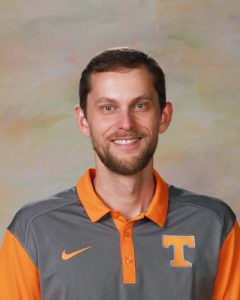 Coach Daniel Booher begins his second year at Wilson Central.  Coaching boys basketball with emphasis on the freshmen team his first year, the opportunity of becoming the Track and Field Head Coach was to much to pass up.  He was born in Bristol, Tennessee on November 15, 1985, lived in Cary, North Carolina for 3 years before  moving back to Tennessee in 1998.  He attended Tennessee High School where he played basketball for Dale Burns and ran track for Andy Arnold. After high school graduation, he attended King University on a basketball and track scholarship.  Coach Booher then won the Appalachian Athletics Conference tournament title during 2006-2007 season and regular season and conference tournament titles during 2007-2008 season. He was ranked #8 in the final NAIA Division II National poll.  He graduated from King University in 2008 with Bachelor’s Degree in Accounting. Previously, he coached at Abingdon High School in Abingdon, Virginia in  2011-2012 season under Head Coach B.J. Lasley as an assistant to the varsity and was head junior varsity coach. Prior to arriving at WCHS, Coach Booher was a teacher and coached at both Oakland High School in Murfreesboro and Beech High School in Hendersonville.  He married the former Ms Brittany Cook who is from Shelbyville, Tennessee in July of  2016.