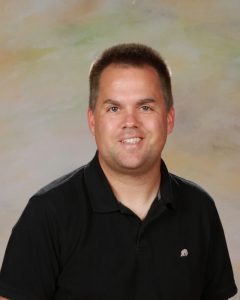 My name is Ryan Jent. I am entering my fourth year as Head Coach of the Wilson Central High School Boys & Girls tennis teams. I am a 1997 graduate of Macon County High School. I graduated from Tennessee Tech University in 2008 with a B.S. in History/Secondary Education.

I’ve been a tennis instructor for nearly 20 years now giving private tennis lessons in the northern middle Tennessee area. During 2002-2003 I served as a tennis teaching assistant club professional at the Racquet Club of Murfreesboro where I worked in the junior development program. The program featured several local standouts and five future Division I tennis players. I gave one-on-one lessons to juniors and adult members at RCM. Also, I currently work as an instructor for the Vanderbilt tennis team’s summer tennis camps where I coach kids from 5-18 years old and with kids who range from beginner to advanced.

My high school coaching career began at Warren County High School in 2009 where I served as an assistant coach to both the high school and middle school for two seasons. During my time with Warren County the boys team won its first district championship on the way to two-straight district titles for the Pioneers tennis program. During my tenure at Warren County, three players advanced to the regional tournament with Thomas Locke and Shinsuke Nakashima making it to region doubles final in 2010. In 2011 I was hired to teach at West Wilson Middle School. In 2014 I became an assistant coach for the Wilson Central tennis program. The team improved steadily culminating into the 2016 district runners-up for the Wildcat boys’ team, and district semi-finalists for a young girls program.

I became head tennis coach at Wilson Central in 2017, and the program enjoyed immediate success. Both boys and girls finished in the top four of the district tournament. Michael Mercante made school history by becoming the second Wildcat to win the district singles title. Mercante won the program’s first region championship which advanced him to the state tournament, which was Wilson Central’s first-ever state representative. Mercante advanced to the state semifinals.

The 2018 season saw huge strides for the program with the girls earning second place in District 9-AAA (the highest ever finish for the girls program), and a very young boys team finishing inside the top four.

Mercante won his second district singles title along with advancing to region finals. Jacey Staggs and Savannah Westbrook became the second girls’ doubles team to win a district title. Staggs and Westbrook advanced to the first-ever region doubles finals for the girls’ program.

2019 proved to be a banner season for both as the girls and boys finished second in District 9-AAA.

This year 2020,  I am coaching the first tennis team at the new Gladeville Middle School where we will partner with Southside to continue growing the program at Wilson Central High School.