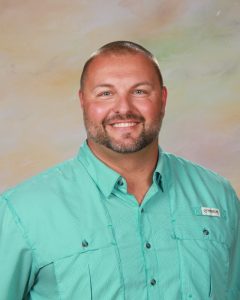 Coach David Jennings is a native of Watertown, TN. He attended Watertown High School and earned his B.A. in History from Middle Tennessee State University. He has coached  year coaching boys/girls golf here at Wilson Central, and 12th overall. In those 12 years, he coached football, boys basketball, and track. In the 4 years atop the golf program, the teams have sent at least one representative to the state tournament each season. The 2016-17 school year boys team became the first team in school history to advance to the state after defeating state power Hendersonville by one shot. Before coming to Wilson Central, he coached for 4 years at Watertown High. Coach Jennings and his wife Melanie reside in Lebanon with their daughter Sophie Irene.