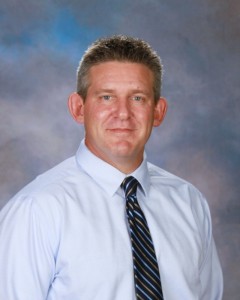 Mr. Travis Mayfield grew up in a very rural part of northeast Oklahoma. He graduated from Pittsburg State University, located in Kansas, with a B.S. Degree in Education in 1991. He taught Math, Physical Education, and Driver’s Education for 11 years in Oklahoma. He coached football, wrestling, and track at both junior high and high school levels. In 2004, he graduated from Northeastern State University with a Master’s Degree in Administration, and he became the K-12 Principal of Bluejacket Public Schools. In 2005, he moved to middle Tennessee and became an assistant principal at Wilson Central, and in 2006, he was promoted to Principal.  In 2010, he accepted a position at Independence High School in Williamson County, TN, which is where his two oldest children attended high school.  He returned to Wilson Central as Principal in 2015. Mr. Mayfield is married to Kama Mayfield, who is a counselor at West Wilson Middle School in Mt. Juliet, Tennessee.  He has four children, Braden and Madison (21, twins) who are attending UT Knoxville, as well as Ava and Gavin who attend Southside Elementary.