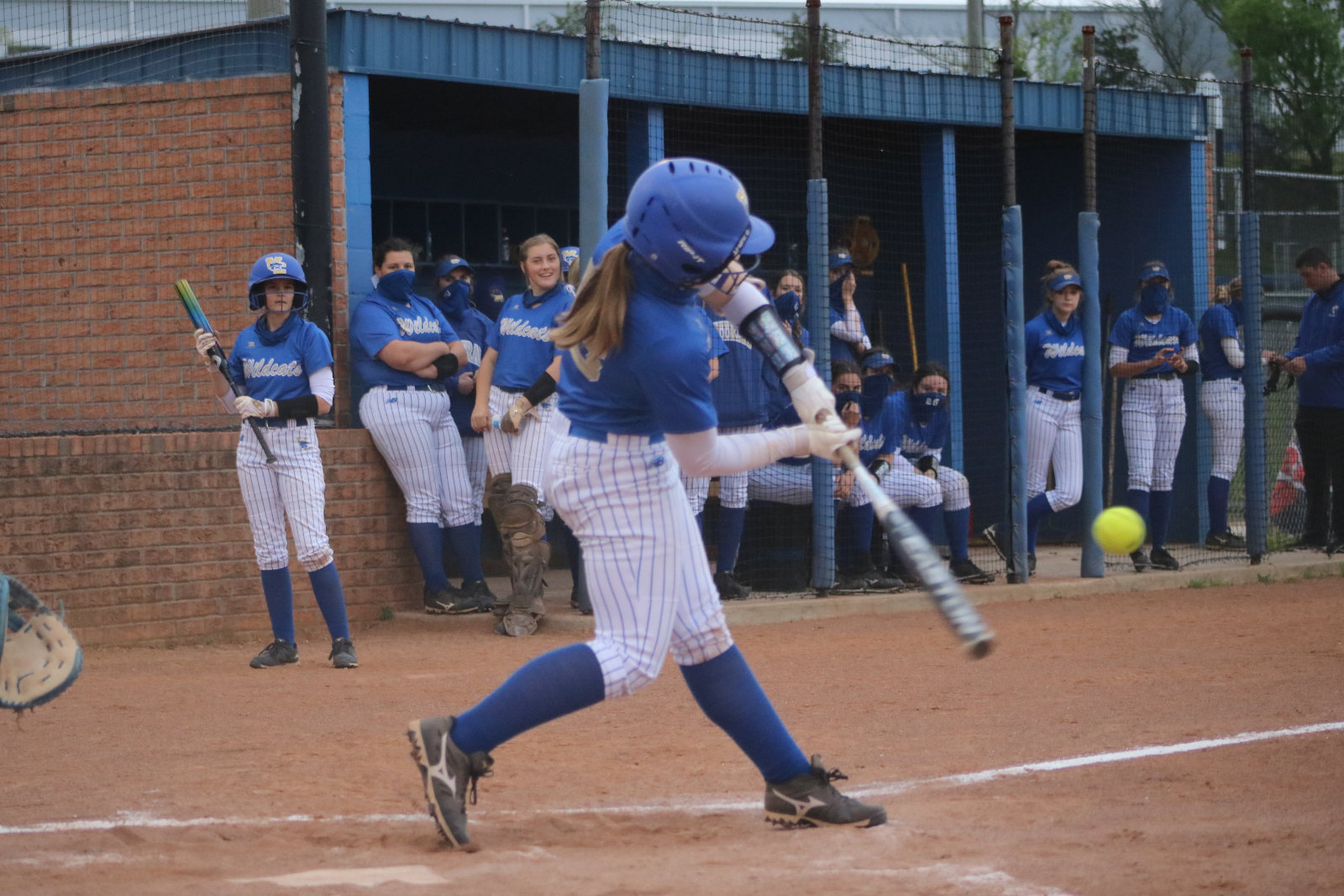 Wilson Central returned to the diamond after getting the weekend off as they would travel up to Station Camp High School to face the Lady Bison. Wilson Central would start the game at the plate where they would not be able to produce anything on the scoreboard. The top of the first inning ended, so it would be the Wildcat fielders and

Kyleigh Pitzer trotting on to the scene to close out the inning. Wilson Central kept the inning scoreless, and the first ended still nodded at 0-0. Both teams would continue to come to the plate and not put anything on the board through three innings. The top of the 4th approached and finally the double zeros were busted. Four runs scratched across the plate in the inning and Wilson Central possessed a 4-0 lead in a critical district game. Trying to bat through Pitzer, Station Camp continued to struggle on offense. Another inning passed and the Lady Bison still had nothing to show for on the scoreboard. The top of the sixth came around before any disturbance in the score arose. Wilson Central added 2 more runs to their total on the game and maintained a 6-0 lead. With the game slipping out of hand fast, Station Camp need something to prevent a Wildcat win. The bottom of the 7th came to play and the final chance for anything was happening. The Bison plated 2 runs in the inning, but that was not enough to balance the scoreboard. The game ended by a score of 6-2, and Wilson Central found their way clinching the District 9-AAA Regular Season Title. Leading the way was Kyleigh Pitzer on the mound with yet another dominant mound performance, slicing through the

Station Camp batters allowing 4 hits and 2 runs through 7 innings played all while striking out 16. Offensively, Maddison Stowell was able to locate her bat as she drove a 2 run missile over the outfield wall for a homerun. Stowell (2),

Wilson Central (20-8) will get their last regular season game at home on Friday, April 29th, against Siegel High School to play the Lady Stars. If you cannot make it to the game, be sure to tune in on the NFHS Network for our broadcast. While this may be the last regular season home game, with the win over Station Camp, Wilson Central will be hosting the District 9-AAA Softball Tournament meaning there are still more home games in store at Wilson Central.