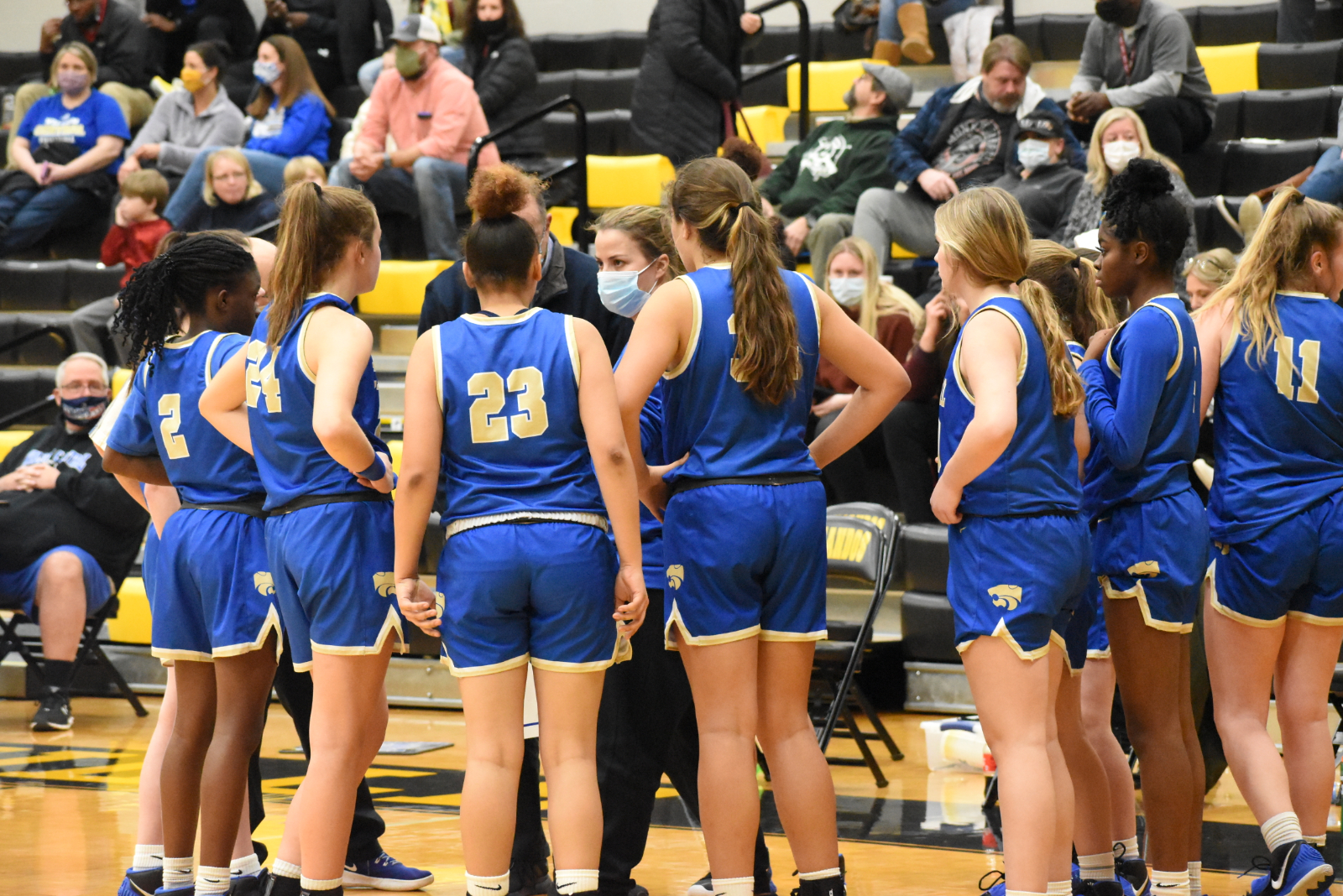 With the winter sporting season dwindling towards a close, the Lady Wildcats completed their regular season finale, travelling to Hendersonville High School to battle the Lady Commandos. Despite the game being a District match-up, it did not have much affect on Wilson Central’s tournament seeding. Coming into the night, the Lady Cats sat at no. 8 in the district and had no chance of moving in the standings due to holding the tiebreaker over Mt. Juliet for spot 9, and Portland holding the tiebreaker over WC for spot 7.

As many results previously this season, Wilson Central looked promising through the first stanza. The Lady Cats would convert on 6 baskets and a free throw for 16 points and a 3 point lead, 16-13.

Kristen Smith would catch fire and put down 8 points on the score book on 2 three pointers to lead the Wildcats. The second quarter scoring would not come as easy as the first, however. Wilson Central would be outscored and failed to put up double digits in the margin. Hendersonville would use this as an advantage to take a 29-25 lead to the locker rooms, leading the second quarter affair 16-9.

The story all season has been the execution out of the half, and Wilson Central continued that narrative. Not only the second quarter came as a struggle, but the Lady Commandos locked down and converted for full control of the second half. The Lady Wildcats were outscored by a combined 40-19 in the last half of play, sitting at 19-6 and 21-13 in each quarter, respectively. This would leave the Wildcats to suffer a loss at 70-44 and heading back home with a final regular season record of 2-17. Kristen Smith would lead all Wildcats shooters with 13 points, scoring 3 shots from deep and putting all 13 through in the first half.

Cloe Smith would follow up with 10 points of her own. Senior Lady Cats would end their 2nd and 4 year Wildcat careers respectively with 9 points for Campbell Strange and 8 for Sydney Dalton. Kendyle Pickett would close out the scoring with 4 points herself.

Although the season did not have the success that many were used to, the Lady Wildcats will get one last chance, or more past that, to extend the season. The regular season will close, but this opens up the District 9 AAA Postseason Tournament. Due to COVID, tournament games will be hosted at the higher seeds arena. With this and the addition of Green Hill to the district, Wilson Central will finish as the 8 seed, and host a play-in game at Wildcat Arena. The stage is set and (8)Wilson Central will host (9) Mt. Juliet with the winner advancing to the first round against (1) Lebanon. The game is this Wednesday, 2/17, pending weather restrictions, at Wilson Central High School 7pm. Wildcat Nation, show up and support your girls in hopes of taking down the Golden Bears for the 3rd time this season.