The Wildcats opened their 2020 regular season in Tampa Florida and begin with 2-0 record after taking wins from DH Gatineau in the Tampa Bay Spring Training Festival.

After several scrimmages, where the Wildcats had a great amount yet to be proven, baseball season is finally underway. Facing off in Game One with DH Gatineau of Quebec, Canada, the Wildcats stayed quiet in the first inning. Wyatt Guethlein was given the nod for the duel with Canada, and he shut them out through one inning of play. In the top of the second inning, Gatineau jumped out to a 2-0 lead. However, the Wildcats matched in the bottom of the inning. Gatineau added a run in the third, but the Wildcats went up 3 with a 4-run bottom 3. This came from several walks and some timely hits. Being down by three runs, Gatineau became complacent for the rest of the game. One run was added to the Wildcat total in both the fourth and fifth innings, and they managed another 4 in the bottom of the sixth. An exponential amount of walks and some clutch at bats propelled Wilson Central to a 12-4 victory. 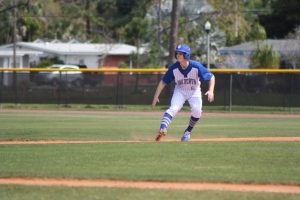 Mason Reed led all hitters with 2 singles. McKane Everett drew the most walks with 3, followed by Mason Everett and Gabe Williams with 2 each. These numbers show that walks led to many of the Wildcats runs, as they only recorded 5 true hits in the game. Guethlein struck out 3 in 4.2 innings, and Jake Hood and Grafton Baines combined for the close, giving up no runs. 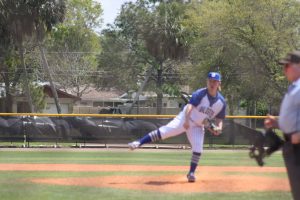 The second game proved to be a slightly different story. Caleb Dixon took the mound for the second game with Gatineau. After jumping out to a late 2-0 lead in the top of the fourth inning, the Wildcats were coasting toward a 2-0 start to the year. However, Dixon and Tristan Lewis split an inning that resulted in 6 runs for the Canadian ball club. The Wildcats were now down four with innings slipping away. After no runs in the top of the sixth, Wilson Central mounted a 6-run push in the top of the seventh, coming from a 3-run blast from McKane Everett and RBIs from Lewis and Hood. Hood then returned to the mound after a shutout sixth to seal the win for the Wildcats, and they advanced to a 2-0 record to begin the year.

As one could expect, Everett led the team with 3 RBIs. Dixon fanned 4 batters, and Hood struck out 2. Both Austin Weatherford and Mason Reed managed 3 of the 12 total hits for Wilson Central, and Everett followed with 2.