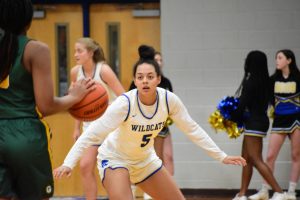 Saturday Feb 22 was a tough game for the Lady Wildcats against the Devilettes of Lebanon High School. The Lady Wildcats who lost 66-31, and were falling behind early in first quarter at a score of 22-12. By halftime both sides had raised the score to 38-20, and Wilson Central were fighting to stay afloat. At the end of third it was 60-26, and a victory didn’t seem plausible for the girls. Quarter four was low-scoring for both teams, Lebanon scoring 6 and Central scoring 5. The final score was 66-31, an astounding victory for the Blue Devilettes. 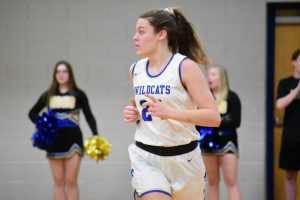 Overall it was a very tough game. The Lady Cats had 21 rebounds whereas the Blue Devilettes had 32, and the Wildcats ended up with 5 more total fouls. Jakoria Woods led the points scored for the game, scoring 7 total. Cloe Smith and Nicole Brill also added to the score, each scoring 6 points. Campbell Strange scored 5 of her own, and was covered most of the game. Sydney Dalton added another 4 points, and Jasmin Angel capped the girls off with 3. The Wildcats fought their best against the most well-off in the district, and have demonstrated great strengths throughout their season. The girls continued on to play Gallatin in the consolation game on Tuesday Feb 24 at 7pm. Let’s go Wildcats! 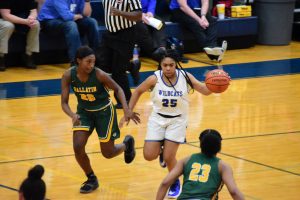