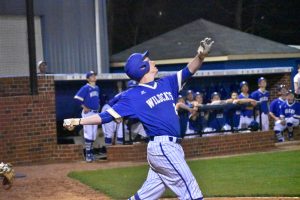 Baseball is in full swing at Wilson Central, as the Wildcats prepare for their upcoming season. After losing several seniors in the previous year, the Wildcats had several position openings coming into 2020. However, the current senior class is very sizable, including: Ty Baker, Wyatt Evans, Mason Everett, Cooper Hicks, Jake Hood, Ryan Smith, and Gabe Williams. These seniors take the helm of a team that finished second in District 9AAA tournament play in 2019, falling behind Station Camp in the district title game. Head coach Anthony Ford, who is entering his eighteenth season as head coach at Wilson Central, looks to add more banners to his already large collection.

The Wildcats open their 2020 season in St. Petersburg, Florida, battling Gatineau, Canada in a double header. They will also face off with Athens, Ohio, and the highly touted IMG Academy of Florida. Following this trip, Wilson Central will travel to Station Camp on March 17 for a district championship rematch to open up the district season. For the Wildcat faithful, their first regular season game will be against Station Camp on Wednesday, March 18, with the first pitch at 7:00 p.m.

The Wilson Central Sports Network wishes the Wildcats well in their 2020 season, and, of course, the first home game will be broadcast on the NFHS Network.