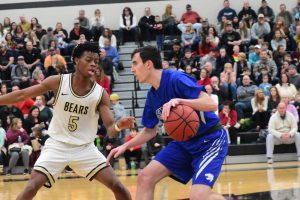 The Wilson Central High School Basketball team played their last regular season game Friday night Feb 14  against Mt. Juliet. The game ended up in a 79-31 loss for Wilson Central, but they will still finish at seventh place in the district. There were two people that 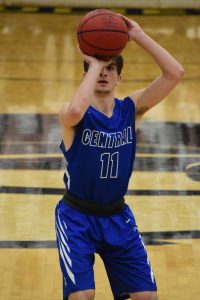 Wilson Central really struggled to guard last Friday night. Mt. Juliet’s Gage Wells and Will Pruitt combined for 47 points and shot a combined 8 for 10 from three point range. Wilson Central did guard everyone else very well as their next highest scorer only had 7 points. For Wilson Central, Daniel Beard was the highest scorer with 10 points. Beard also had a very efficient game as he shot 4 for 5 in the game. 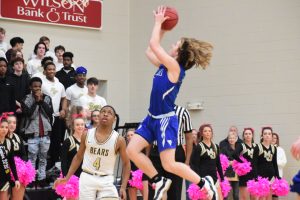 The Wildcats next game will be Friday at 4pm against the Beech Buccaneers in the first round of the District  9AAA Tournament. Beech finished second in the district having they beaten Wilson Central twice this year. It will be a very tough game, but it is one that the Wildcats can win. If the Wildcats can pull off the upset, they will play the winner of the Station Camp and Portland game. Every district tournament game will be hosted at Wilson Central and broadcasted on the NFHS Network. Updates of the game will also be posted on our Twitter @WCSN16.