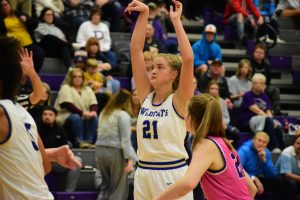 The Wilson Central Lady Wildcats traveled to Portland on Tuesday night 22/11/20 as the game tipped off,  Wilson Central started out with a slight lead ending the first quarter 8-7. Being in Portland territory, the Lady Panthers were not going to let up. During the second quarter Freshmen Jakoria Woods made 2 successful free throws, as well as Jasmin Angel’s additional 2 points. By halftime Portland had extended the lead to 16-12. 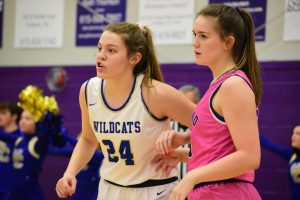 The second and third quarters were not offensive based, and few points were scored. Brill and Strange added 2/2 each for free throws during third, and Brill made another successful shot. This raised the score 19-18, and it seemed like the girls would be able to come back. 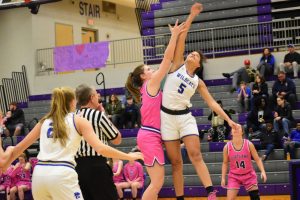 However, Portland brought out their strengths during fourth quarter as Lady Panthers #23 Lillie Whitehead added 6 points and #12 Abi Thomerson added 4 successful free throws. As for the Wildcats, the most successful players of the night were Campbell Strange who scored 10 of the 32 total points, and Nicole Brill scoring 9. Woods and Angel also added to the score, raising 5 and 4 points respectively. 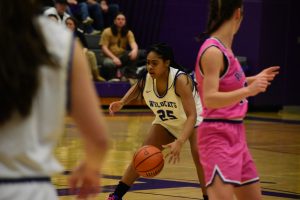 The game was a close loss for Wilson Central by 4 points, the final score being 32-28. Overall, it was not a high point-scoring game, but it was an intense one. Everyone who was tuned in was not sure who would come out as the winner, as both teams played back and forth throughout. Central’s girls are struggling with their record recently, but hope to bring it back around against Mount Juliet on Friday February 14th at 6:30, and in the district tournament next week. Stay tuned for more, next week is a big one!