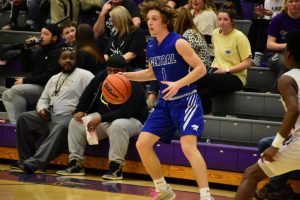 The Wilson Central High School Boys Basketball team traveled to Portland, Tennessee to face off against the Portland Panthers. The Wildcats won the game 46-43, against a team they have played twice already this year. On December 21st, 2019 the Wildcats beat Portland also with a score of 46-43, and then in January, Portland won 67-64 in a very close overtime game. A big reason that the Wildcats won this game, was the excellent defense they played all game. In the game in January, Mitchell Eagle dropped 26 points and Darius Bell had 17 points for Portland. This game was different for the Wildcats as Eagle and Bell only combined for 23 points. Wilson Central also had pretty good offense in the game as Adler Kerr and Caleb Lawrence both had 14 points. The fourth quarter was great for Wilson Central as it was tied 33-33 going into the fourth quarter. The Wildcats outscored Portland 13-10, in the fourth 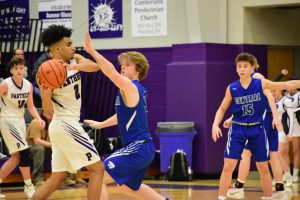 quarter, to secure the win.

Wilson Central will play their final regular season game of the year this Friday against their rival Mt. Juliet. If they win and Hendersonville loses, then they could play the second place team which could be Beech or Station Camp. If they lose or Hendersonville wins, then they will have to play Mt. Juliet again in the first round of district tournament. These matchups will be finalized until after the Friday games due to possible ties and coin flip senarios.  Make sure to follow @WCSN16 on Twitter for updates on the game against Mt. Juliet, and tune into NFHS Network during district tournament to watch every district tournament game.