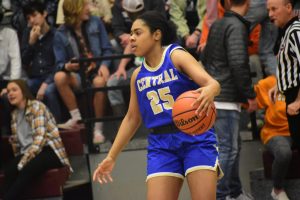 On Friday February 7th the Lady Wildcats earned a close victory at Station Camp High School. The girls played a close game, leading off the first quarter score  with a tie 8-8. Both teams refused to let their opponents score much, as by halftime it was 19-17. Station Camp had a two point lead, barely holding on as Central stepped up on the offense. By third quarter the Lady Cats had pushed to the lead and widened the gap significantly. The girls led 38-26, having scored 21 points after halftime. Fourth quarter was a race to the end of the game, Central scoring 20 more points and Station Camp doubling their score. The final score amounted to a Wildcat victory 58-52. That was the 13th victory of the season for the girls, and a well deserved one. 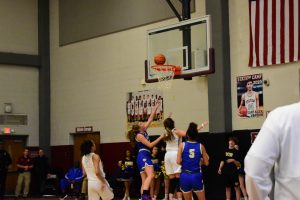 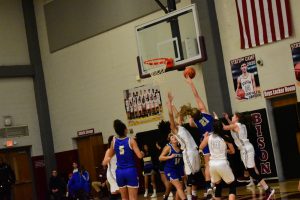 Woods was 4/4 for her free throws, and Campbell Strange was 4/7 for hers. Strange scored 6 points during the game, and Sydney Dalton scored 2 points as well. The Wildcats were a great match for the Lady Bison, as 33 of Station Camps 52 points came from Marissa Wirtz. Backing Mirtz was Faith Eubank who scored 17.  Besides their lead players the Bison did not have much of an offense, making it easier for the Wildcats to secure their lead. Overall, the game was a great confidence booster. Central is to play against Portland on Tuesday February 11th at 6:30pm. Let’s go Wildcats!