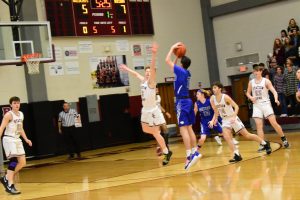 The Wilson Central High School Boys Basketball team traveled to Station Camp High School last Friday night February 7.  In that game the Wildcats fell 83-48 as the Wildcats struggled defensively in the first quarter. Station Camp scored 26 points in the first quarter, and then continued to score a lot of points throughout the rest of the game. In their last matchup, Wilson Central beat Station Camp 68-67 in overtime, but this time the Bison had the upper hand. In the first matchup, Station Camp’s Kavon Blakenship was held to 15 points, but this time he went off for 25 points and went 11-14 shooting. Another big difference between the two games was the rebounding. In the first game, both teams had 20 rebounds, but on this night Station Camp out-rebounded Wilson Central 36-16. Wilson Central’s leading scorer was Adler Kerr who had 17 points. Caleb Lawrence also had a really good game, as he had 10 points, 6 rebounds, and 3 steals. 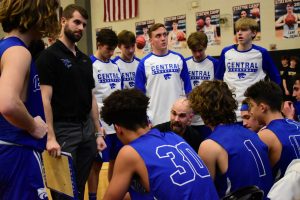 Wilson Central’s next game is tomorrow  night February 11 in Portland as they travel to take on the Panthers. Wilson Central has only two games left in the regular season, so they really need to win this game in order to move up in the district standings. As it stands right now, Wilson Central would be matched up against Mt. Juliet in the first round of District Tournament. If they win both of their next games, they could move up to seventh to play the second place team in the first round.