Wilson Central managed a tremendous victory over Lebanon in a 23-22 battle.

It was senior night for the Wildcats, battling cross town rival Lebanon in hopes to secure a playoff seeding. Lebanon had already locked in a postseason berth, but they were in search of a third straight victory over the Wildcats.

Following the senior night festivities, the Wildcats started the game kicking off to the Blue Devils. Lebanon was without senior quarterback Breeze Copas, who was battling an injury following their game with Stewarts Creek. Junior Eli Clemmons took the helm of the Blue Devils offense, but this attack was led by De’Quantay Shannon. Shannon took only two snaps to give Lebanon its first touchdown. After a 7-yard rush, he broke out for a 53-yard dart into the endzone. The Wildcats took a three-and-out on their opening drive, and the Blue Devils did the same on their second possession. The Wildcats ended up having to punt again, but this time Kerolos Shenouda pinned Lebanon back on its own 6-yard line. The Blue Devils resorted to sending the punting unit back onto the field, and this gave the Wildcats phenomenal field position. Tristan Lewis was unable to lead his offense across the goal line, but Alex Atwell sent a 33-yard between the uprights to make the score 7-3 in favor of the Blue Devils. This score locked in until the second quarter.

Both teams struggled offensively in the second quarter. Jesse Montogomery recorded a pick for Lebanon on as Tristan Lewis pass intended for Justin Smith.

The drive to follow resulted in a punt, and Lewis failed a 4th-and-8 attempt to give Lebanon the ball once again. Lebanon’s next possession came down to another punt. This time, Christian Pena’s punt was blocked, and Blaze Holder fell on it to give the Wildcats another shot at the endzone. On a play that was first attempted by Lebanon the drive before, the Wildcats ran a similiar play (half-back pass) from CJ Hatchett to Justin Smith to put the Wildcats up 10-7. The clock ran out into halftime, and Wilson Central looked promising to snap its 4-game losing streak.

Following the performance of the award-winning  Wilson Central Band,  the Wildcats received the ball. After a short drive, they had to punt the ball back to Lebanon. The Blue Devils ran 6 minutes off of the clock on a drive that started on their own 32-yard line. Clemmons, with the help of Shannon and La’Quentin Hearn, marched down to the Wilson Central 3. The Wildcats put together a goal line stand that brought the Blue Devils to 4th-and-goal from the three, but Clemmons connected with JP Wamble for a score. The Wildcats used the rest of the third quarter on their scoring drive. To cap the possession off, Lewis found Ezra Widelock on a toss, and Widelock danced his way into the endzone for a 24-yard touchdown. However, the Wildcats missed the PAT, putting the Blue Devils a field goal away from the lead. The score going into the final 12 minutes of play was 16-14 in favor of the Wildcats.

The fourth quarter gave both teams several momentum shifts before the closing of the game.

The Blue Devils started off with the football, but Clemmons fumbled on a rush. Marcellus Buchanan came out of the pile with the football, and the Wildcats set up shop at their own 22. Shenouda punted the ball away once again to end the possession, and Lebanon started their drive at the Wilson Central 45-yard line. Shannon took only three snaps before crossing the goal line. After 23 yards on his first two carries of the possession, Shannon raced his way into the endzone for a score good from 22 yards out. Lewis marched the Wildcats down to the Lebanon 10, but he turned the ball over on downs after a 4th-and-goal. Lebanon still held onto a 22-16 lead with just under two minutes left. Penalties riddled the Blue Devils’ drive, and Justin Smith capitalized on the opportunity, snatching Clemmons’ pass out of the air for an interception. Penalties also hurt the Wildcats on their following drive, calling back a 24-yard reception by

Ezra Widelock. However, Lewis found Hatchett on a touchdown pass just a few plays later. The score was now tied at 22. Atwell needed to nail the point after to give the Wildcats a 1-point lead. He put his PAT through the goal posts, and the Wildcats boasted a 23-22 lead with 45 seconds left. The Blue Devils were given a last chance to drive for the win. Lebanon put Christian Pena in range for a 27-yard, game-winning field goal attempt, but the kick was no good. The kick was short deflected after tipping off a Wildcat defender. The Wildcats were a QB kneel away from snapping their 4-game skid. Lewis went to a knee, and the Wildcats made history.

For the first time since 2016, the Wildcats are playoff bound. They also snapped their 4-game losing streak and their 2-season losing streak against Lebanon. Lewis managed a career night through the air, going 16-27 for 207 and 2 touchdowns. CJ Hatchett also threw a touchdown pass good for 18 yards. CJ Morrow led Wildcat rushers with 13 yards, and Blake Hobbs, Lewis, and Hatchett combined for 20 yards. De’Quantay Shannon had another phenomenal night on the ground for Lebanon, as he managed 157 yards on 24 carries. Clemmons went 5-12 through the air for 68 yards and a touchdown. Justin Smith has the best night of his high school career, as he caught 7 passes for 150 yards and a touchdown. He also added an interception late in the fourth quarter. Widelock had 3 receptions for 47 yards and a touchdown, and Hatchett caught one touchdown pass for 12 yards. Dalton Woods led Lebanon receivers with 2 receptions for 54 yards. The Wildcats only had 257 yards of offense, but it was enough for a 23-22 victory.

Wilson Central is now 5-4 (2-2), and they will travel to Station Camp to take on the Bison for their final game of the 2019 regular season. This matchup still matters for seeding, as the Wildcats are projected to be the 2 or 3-seed for Region 4, and they are expected to play either Blackman or Riverdale in Round One of the TSSAA 6A playoffs.

Kickoff is scheduled at Station Camp for 7:00 p.m., and the game will be broadcast LIVE on the NFHS Network. 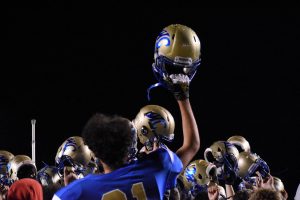 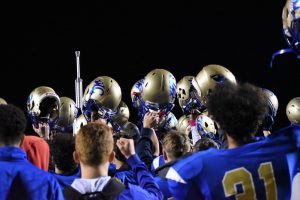 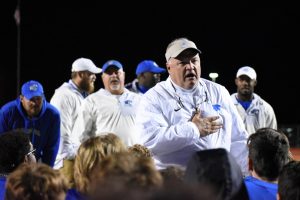 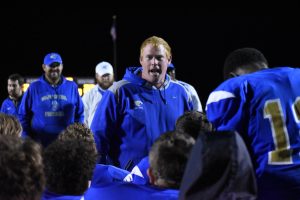 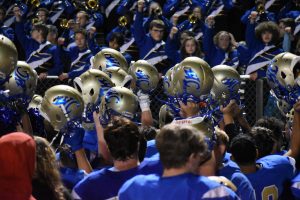 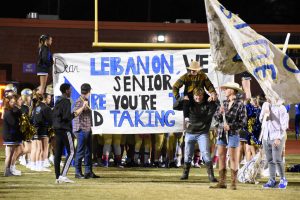