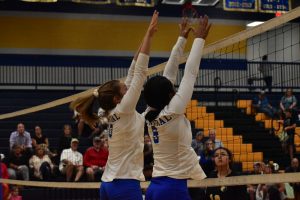 Wilson Central traveled to Cookeville to challenge the Lady Cavaliers on Tuesday 10/2 and return home with another win.  However Cookeville thought different and narrowly defeated The Lady Wildcats by a score of  3-1, a very close set by set score.

Following their match to clinch to District 9AAA regular season championship, the Lady Cats looked for revenge against a Cookeville team that defeated them in straight sets at Wilson Central. Cookeville hosted the Lady Cats this time, and they took the first set 25-22. The Lady Cats searched for a comeback in the second set, but the Lady Cavs took it 25-17. Wilson Central won the third set 25-23, but Cookeville finished the match with a 25-20 win in the fourth set. 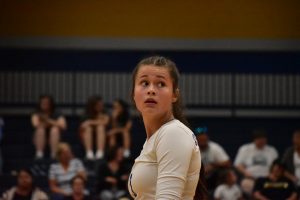 Emilee McDonald led the Lady Cats in digs with 15, and Taryn Wilson followed her with 13. Nicole Brill managed 13 kills on the night, and Campbell Strange had 4 blocks. 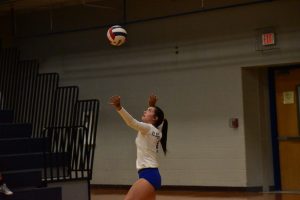