Pictures By: Rod Merkley (to be added)

Cross Country has continued with the second meet of the season, the Voyles Classic, on August 31st. This past labor day weekend was definitely a celebratory one for the Wildcats of Wilson Central. Shining a hopeful light on the month of September, the boys cross country team placed fifth in the AAA Boys category. Runners Alex Galligan (10th with a time of 16:48), Andrew Farber (51st with a ti 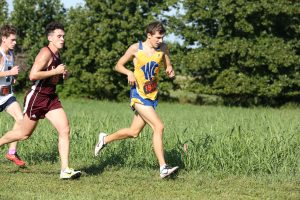 Despite this, both the boys and the girls had some successes of their own. The girls team did not place in the top 5, but they did come in 7th out of 24 teams. Diana Denemark placed 16th with a time of 20:20, setting the new school record for the girls 5k. The previous record was held by Taylor Blankenship, at the time of 20:23. Following Diana was Makenna Merkley, coming in 28th with a seasonal best of 20:59. Elina Malancea made a huge improvement from last season, dropping almost four minutes off of her personal best coming in 77th place running an overall 22:41. Autumn Herman came across the finish line next in 103rd place with a time of 23:25. The girls’ fifth runner Mia Jones came 122nd at a time of 23:25. It can be said by many that the bar was set at the home of Andrew Jackson this past weekend. The meet was a great success, and the outlook for this season keeps getting greater. The next meet will be held this upcoming Saturday, the 7th of September, at Hendersonville. 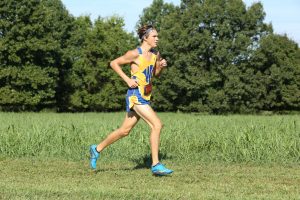