The Lady Wildcats of Wilson Central pulled a huge upset over Clarksville by a score of 7-1 yesterday 5/13 to capture a berth in the Region 5AAA tournament championship game today.

Going into the game, the Lady Cats were District 9AAA runner-up, after a loss to Mount Juliet in the district championship. They were looking to get back in the win column with a victory over the Lady Wildcats of Clarksville, but the outcome of that looked grim. Clarksville was 39-1 going into the game, ranked in some polls as high as #2 in the state. However, the game told a much different story. 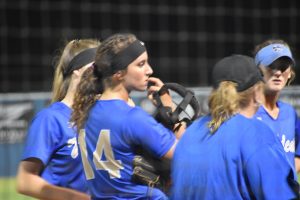 The game started off rather slowly, with neither Lady Cat team scoring until the third inning. The first Lady Wildcats to score were those of Wilson Central, tallying 3 runs in the top of the third. This came from a dead-center, three-run home run from District 9AAA Player of the Year Kaylee Richetto, knocking in Alaina Morris and Kenzey Meador. Wilson Central continued to shut out Clarksville, scoring 2 more runs in the top of the fifth. These 2 runs came from Taelor Chang, who hit a double to score both of the Richetto sisters. 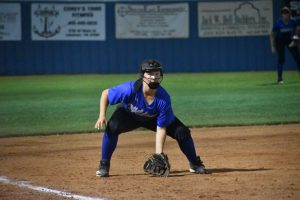 Clarksville finally found the scoreboard in the bottom of the fifth, scoring their sole run on a fly ball from Lucy Chilcutt. Kaylee Richetto shut down the Lady Wildcats for the rest of the night, though. Clarksville was unable to score for the rest of the night, and Wilson Central added another 2 runs from a single from Kaylee Richetto to score her sister and another from Emily Rowe to score Meador, ending the game in a 7-1 blowout upset for the Lady Cats in blue.

Kaylee Richetto had a night that a district player of the year should, racking up 2 hits and 4 RBIs with a solid night on the mound. She went 7 innings, giving up a single run on 6 hits, striking out two. Meador and Sydnee Richetto also had a pair of hits. Richetto, Chang, and Rowe all had at least one RBI, giving the Lady Cats 7 runs on 11 hits, only striking out 3 times.

For Clarksville, Chilcutt and Erin Lackey each had a pair of hits, with Chilcutt being responsible for Clarksville’s only RBI. Sydney Weatherford took the loss on the mound for the Lady Wildcats. She gave up 7 runs on 11 hits, walking 2 and striking out none.

The Lady Cats move on to battle Springfield at Springfield for the Region 5AAA Championship today at 4:30 p.m.