Like most athletes who show improvement from one season to the next, Wilson learned how to better compete on the tennis court – by running cross country this past fall.

In Wilson’s first-ever season running for Wilson Central, the senior was a top two runner for the Lady Wildcats and helped lead her squad to the regional tournament. 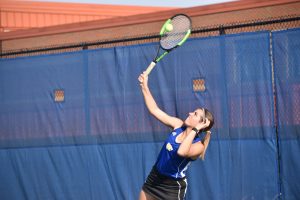 Wilson picked up an 8-1 win in singles along with an 8-1 victory in doubles with partner and fellow senior Makayla Posey to help pace Wilson Central to a 9-0 win over Nolensville on Tuesday afternoon.

“Running cross country helped me a lot because of the competitive nature of running,” Wilson said.

Wilson Central (10-1) had little trouble out of the gates with the Lady Wildcats dominating the singles portion of play.

Senior Savannah Westbrook opened the match with an 8-2 win over Maddie Bridges at No. 1 singles.

The Lady Wildcats picked up its next two wins with senior Sydney Miller handling Audrey McGowan 8-4 in two singles followed by senior Abby Moser’s 8-5 win over Rylee Horne at No. 3 singles. 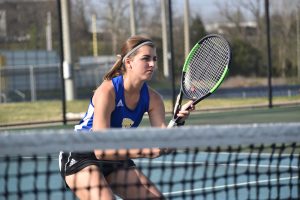 Junior Kiersten Moss gave Wilson Central its fourth point with an 8-1 win over Abbie Hageman at four singles, and Posey clinched the match with an 8-1 outcome over Ivona Manovic.

“This team has been a lot of fun, and the season has been great as well,” Wilson said.

“I think we’ve all improved a lot from last year, and it’s been good to see how well we’ve done so far.”

Miller and Westbrook downed Bridges and Kaitlyn Sizelove 8-2 at one doubles followed by Moser and Moss’ 8-4 victory over Horne and McGowan.

The Wildcats lost four for the six singles matches to open play which proved to be the difference. 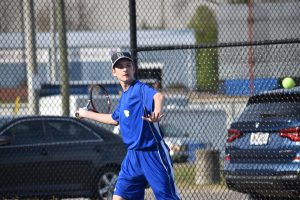 Nolensville’s Will Riddle downed sophomore AJ Hughes 8-3 at No. 2 singles, and the Knights claimed the four singles spot with Zach DiCarlo claiming an 8-2 win over freshman Blaine Smith.

Wilson Central got on the board at No. 2 and No. 5 singles with freshman Sean Brown ousting Garrett Smith 8-2, while sophomore Caleb Brown earned a 8-5 win over Ian Bridges.

Hughes and Mercante fought well, but fell to Riddle and Vaughan 8-5 in at No. 1 doubles. 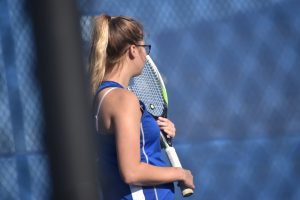 Wilson Central picked up a pair of wins at No. 2 and 3 doubles with Sean Brown and Smith taking an 8-4 win over Bridges and DiCarlo followed by Caleb Brown and Ewing handling Smith and Thomson 8-3.

“We are having a hard time firing on all cylinders right now,” Wilson Central coach Ryan Jent said.

“Some kids who had been struggling played better today, but kids who have played well had a hard time today. We’re close, but we need to figure it pretty soon.”

Wilson Central closes the week with a pair of District 9-Large home matches.

The Wildcats play host to Gallatin on Wednesday, and will entertain Greenbrier on Thursday. Both match times are slated for a 3:30 start. 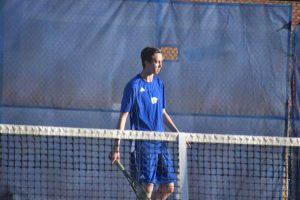 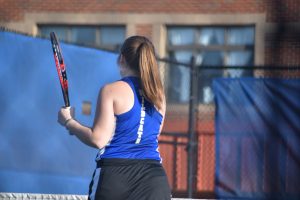 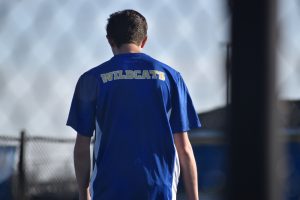 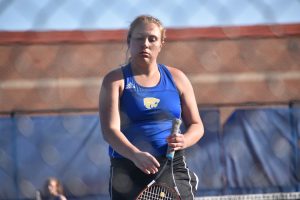 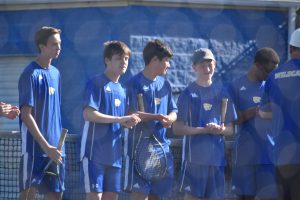 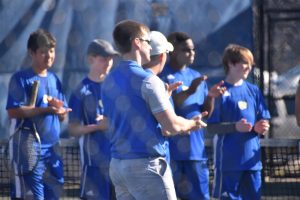 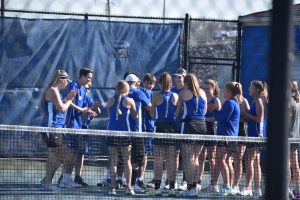 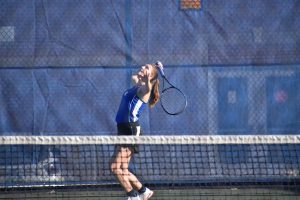