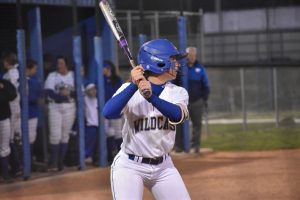 In the second game, 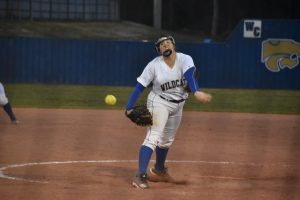 Sidney Link was brilliant in the pitcher’s circle, as she threw a no-hitter to lead Wilson Central past Ashland High 10-0. The Lady Wildcats got things started in the first inning when Taelor Chang singled on a 3-1 count, scoring one run. Wilson Central tallied four runs in the fourth inning. Link, Alli Johnson, and Alaina Morris all moved runners across the plate with RBIs in the inning. Link took the win for Wilson Central. She allowed zero hits and zero runs over five innings, striking out 14 and walking zero. Reymer took the loss for Ashland High. She allowed nine hits and ten runs over five innings, striking out eight. The Lady Cats socked one home run on the day, as Kaylee Richetto put one out in the second inning. Wilson Central scattered nine hits in the game. Morris and Richetto each had multiple hits for the Lady Wildcats. Richetto and Morris each managed two hits to lead Wilson Central. Kenzey Meador led the Lady Cats with two stolen bases, as they ran wild on the base paths with seven stolen bases.