The Wildcats entered the 17th meeting with Mt. Juliet— which has now become known as the “Battle of the Gateway” hoping to be the first team to score points against a defense that has not been scored on through 4 games.

The Golden Bears once again held their opposition scoreless by defeating the Wildcats 35-0.  Mt. Juliet scored 21 points in the 1st quarter, 2 through the air and one by the run.  The Wildcats allowed one touchdown in the 2nd and another in the 4th to make the final score.  Mt. Juliet with 25+ seniors on the rosters showed to the football public that they are no fluke.  Averaging 35 points a game and not allowing any points on defense is a good combination to have as the Golden Bears continue to flex their muscle in region play. 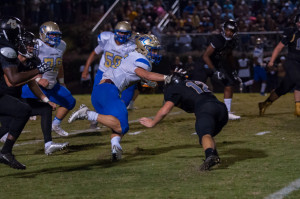 Wilson Central will play Friday Sept 22 against Gallatin High School as this will be homecoming for the Wildcats.  Remember to tune in to NFHSnetwork to catch all the homecoming activities and the kickoff at 7:00.   GO WILDCATS!!!! 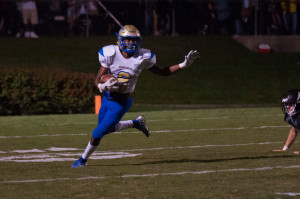