The Wildcats played host to the Bobcats of John Overton HS as both teams were searching for their first win of the 2017 season.  Wilson Central outscored Overton by the final score of 38-28 to take the victory.  The Wildcats opened the scoring column with 3:55 left in the 1st quarter as Senior quarterback Aaron Hubbell found Garrett Todd for 4 yards and 6 points.  Will Lafollette split the uprights to make the score 7-0.  Overton answered early in the 2nd quarter as Chrishanty Martin intercepted a

Hubbell pass and  scored from 65 yards making the score 7-7 after a Jose Bravo PAT.  The Wildcats had to punt the ball away on their next possession as Lafollette found the 8 yard line.  On Overton’s 2nd play from deep in their own territory the Wildcat defense found a Bobcat runner and made the tackle in the enzone for a safety and a 9-7 lead. 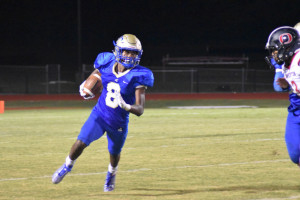 With :31 seconds left, Overton’s Junior quarterback Sam Mast took the ball up the middle to score for a 14-9 lead after Bravo’s extra point kick.  Wilson Central had 3 plays the remainder of the quarter the first 2 with runs by Zay Kern.  On the last play of the half Hubbell found Demarius McBroom for 45 yards down to the 5 yard line as time was running out.  McBroom was tackled with :03 left as the coaching staff of Wilson Central was calling for a timeout to stop the clock.  The Referees however ruled that the clock ran out and  the half was over with Overton heading to the locker room with the lead 14-9

The third quarter saw Overton extend their lead defensively as Martin intercepted his second Hubbell pass for another touchdown with 7:16 left to extend the Bobcat lead to 21-9. From this point forward it was all Wildcats.  Demarius McBroom got the scoring barrage started on defense with a Pick Six  with 9:14 left to play to make the score 24-21 as Hubbell found 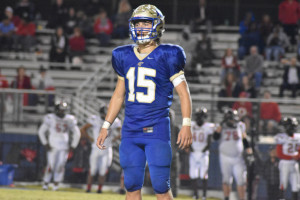 Senior Dalton King for the 2 pt conversion.  Stratton Farmer scored the next 2 touchdowns one at the 3:48 mark and the next one at the 2:00 minutes left to  play making the score 38-21.  Overton found the enzone with 1:18 left as Mast passed to Samari Burns for a 33 yd touchdown to make the final score 38-28.

Next week the Wildcats will travel to Mt. Juliet HS for the annual West Wilson showdown with the Golden Bears.  Mt. Juliet stands at 4-0 on the season not giving up a point on defense thus far in the 2017 season while their offense has average closed to 35 points a game.  Kickoff is slated for 7:00pm and as always the game will be streamed lived over WCSN.  Broadcast start time about 6:15. 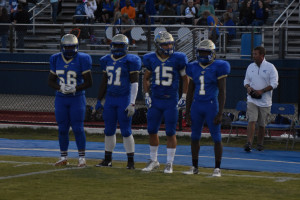 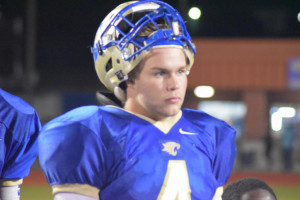 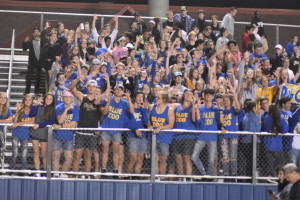